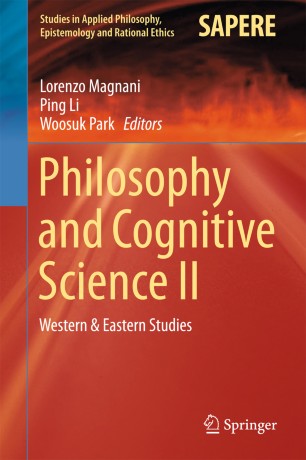 The book shows how eastern and western perspectives and conceptions can be used to addresses recent topics laying at the crossroad between philosophy and cognitive science. It reports on new points of view and conceptions discussed during the International Conference on Philosophy and Cognitive Science (PCS2013), held at the Sun Yat-sen University, in Guangzhou, China, and the 2013 Workshop on Abductive Visual Cognition, which took place at KAIST, in Deajeon, South Korea.

The book emphasizes an ever-growing cultural exchange between academics and intellectuals coming from different fields. It juxtaposes research works investigating new facets on key issues between philosophy and cognitive science,  such as the role of models and causal representations in science; the status of theoretical concepts and quantum principles; abductive cognition, vision, and visualization in science from an eco-cognitive perspective. Further topics are: ignorance immunization in reasoning; moral cognition, violence, and epistemology; and models and biomorphism. The book, which presents a unique and timely account of the current state-of-the art on various aspects in philosophy and cognitive science, is expected to inspire philosophers, cognitive scientists and social scientists, and to generate fruitful exchanges and collaboration among them.