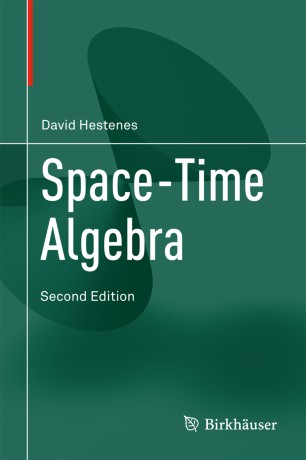 This small book started a profound revolution in the development of mathematical physics, one which has reached many working physicists already, and which stands poised to bring about far-reaching change in the future.

At its heart is the use of Clifford algebra to unify otherwise disparate mathematical languages, particularly those of spinors, quaternions, tensors and differential forms. It provides a unified approach covering all these areas and thus leads to a very efficient ‘toolkit’ for use in physical problems including quantum mechanics, classical mechanics, electromagnetism and relativity (both special and general) – only one mathematical system needs to be learned and understood, and one can use it at levels which extend right through to current research topics in each of these areas.

These same techniques, in the form of the ‘Geometric Algebra’, can be applied in many areas of engineering, robotics and computer science, with no changes necessary – it is the same underlying mathematics, and enables physicists to understand topics in engineering, and engineers to understand topics in physics (including aspects in frontier areas), in a way which no other single mathematical system could hope to make possible.

There is another aspect to Geometric Algebra, which is less tangible, and goes beyond questions of mathematical power and range. This is the remarkable insight it gives to physical problems, and the way it constantly suggests new features of the physics itself, not just the mathematics. Examples of this are peppered throughout ‘Space-Time Algebra’, despite its short length, and some of them are effectively still research topics for the future.

From the Foreward by Anthony Lasenby