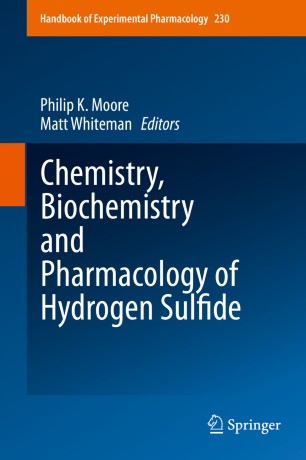 This book puts hydrogen sulfide in context with other gaseous mediators such as nitric oxide and carbon monoxide, reviews the available mechanisms for its biosynthesis and describes its physiological and pathophysiological roles in a wide variety of disease states. Hydrogen sulfide has recently been discovered to be a naturally occurring gaseous mediator in the body. Over a relatively short period of time this evanescent gas has been revealed to play key roles in a range of physiological processes including control of blood vessel caliber and hence blood pressure and in the regulation of nerve function both in the brain and the periphery. Disorders concerning the biosynthesis or activity of hydrogen sulfide may also predispose the body to disease states such as inflammation, cardiovascular and neurological disorders. Interest in this novel gas has been high in recent years and many research groups worldwide have described its individual biological effects. Moreover, medicinal chemists are beginning to synthesize novel organic molecules that release this gas at defined rates with a view to exploiting these new compounds for therapeutic benefit.