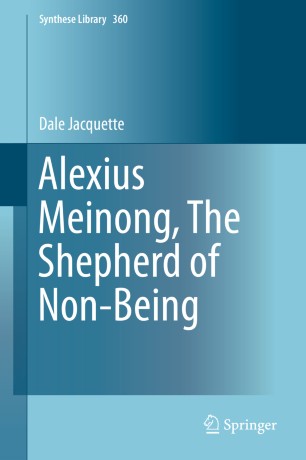 Alexius Meinong, The Shepherd of Non-Being

This book explores the thought of Alexius Meinong, a philosopher known for his unconventional theory of reference and predication. The chapters cover a natural progression of topics, beginning with the origins of Gegenstandstheorie, Meinong’s theory of objects, and his discovery of assumptions as a fourth category of mental states to supplement his teacher Franz Brentano’s references to presentations, feelings, and judgments.

The chapters explore further the meaning and metaphysics of fictional and other nonexistent intended objects, fine points in Meinongian object theory are considered and new and previously unanticipated problems are addressed. The author traces being and non-being, and aspects of beingless objects including objects in fiction, ideal objects in scientific theory, objects ostensibly referred to in false science and false history, and intentional imaginative projection of future states of affairs. The chapters focus on an essential choice of conceptual, logical, semantic, ontic and more generally metaphysical problems, and an argument is progressively developed from the first to the final chapter, as key ideas are introduced and refined.

Meinong studies have come a long way from Bertrand Russell’s off-target criticisms, and recent times have seen a rise of interest in a Meinongian approach to logic and the theory of meaning. New thinkers see Meinong as a bridge figure between analytic and continental thought, thanks to the need for an adequate semantics of meaning in philosophy of language and philosophy of mind, making this book a particularly timely publication.​