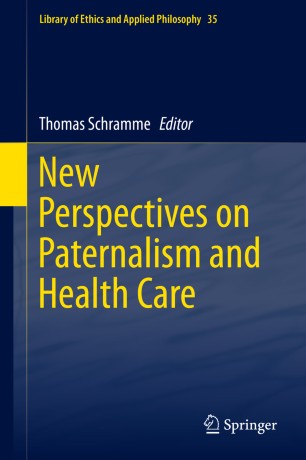 Part of the Library of Ethics and Applied Philosophy book series (LOET, volume 35)

This work sets the stage regarding debates about paternalism and health care for years to come. The anthology is organized around four parts: i) The concept of paternalism and theoretical issues regarding the idea of anti-paternalism, ii) strategies for justifying different forms of paternalism, iii) paternalism in psychiatry and psychotherapy, iv) paternalism and public health, and v) paternalism and reproductive medicine. Medical paternalism was arguably one of the main drivers of debates in medical ethics and has led to a wide acknowledgement of the value of patient autonomy. However, more recent developments in health care, such as the increasing significance of public health measures and the commercialization of medical services, have led to new social circumstances and hence to the need to rethink issues regarding paternalism. This work provides an invaluable source for many scholars and practitioners, since it deals in new and original ways with one of the main and oldest issue in health care ethics.​