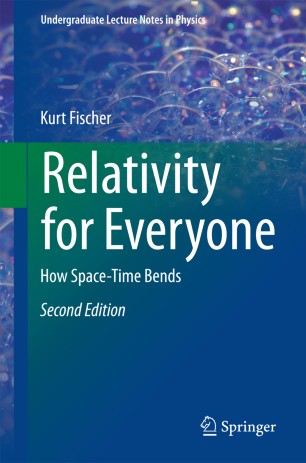 This book, now in a revised and updated second edition, explains the theory of special and general relativity in detail without approaching Einstein's life or the historical background. The text is formulated in such a way that the reader will be able to understand the essence intuitively, and new sections have been added on time machines, the twin paradoxes, and tensors. The first part of the book focuses on the essentials of special relativity. It explains the famous equivalence between mass and energy and tells why Einstein was able to use the theory of electrodynamics as a template for his "electrodynamics of moving bodies". General relativity is then addressed, mainly with the help of thought experiments. Reference is made to the previously introduced special relativity and the equivalence principle and, using many figures, it is explained how space-time is bending under gravity. The climax of the book is the Einstein equation of gravity, which describes the way in which matter bends space-time. The reader is shown how to obtain the famous Schwarzschild solution. Moreover, the book presents a numerically correct and yet intuitive explanation of the classic effects such as light bending and the advance of the perihelion. The book concludes by explaining the Friedmann model of the big bang and why the theory of gravity does not fit with quantum theory.

Kurt Fischer was born in Kleve in Germany near the Dutch border. Studies in physics and mathematics at Technical University RWTH Aachen and Swiss Federal Institute of Technology ETH Zürich. PhD in physics from Stuttgart university. Post-graduate studies at the Max Planck Institute for Solid State Research in Stuttgart and the Max Planck Institute for the Physics of Complex Systems in Dresden. Research stays at the University of Tokyo, and the Mitsubishi Research institute in Tokyo. Currently Professor for mathematics and physics at the Tokuyama Institute of Technology in Japan.