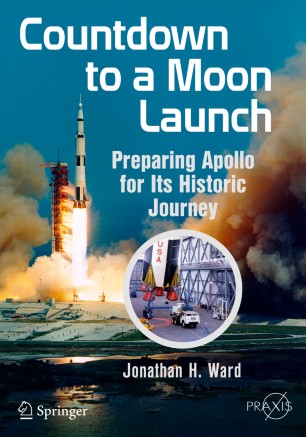 Countdown to a Moon Launch

Preparing Apollo for Its Historic Journey

Thousands of workers labored at Kennedy Space Center around the clock, seven days a week, for half a year to prepare a mission for the liftoff of Apollo 11. This is the story of what went on during those hectic six months.

Countdown to a Moon Launch provides an in-depth look at the carefully choreographed workflow for an Apollo mission at KSC. Using the Apollo 11 mission as an example, readers will learn what went on day by day to transform partially completed stages and crates of parts into a ready-to-fly Saturn V. Firsthand accounts of launch pad accidents, near misses, suspected sabotage, and last-minute changes to hardware are told by more than 70 NASA employees and its contractors. A companion to Rocket Ranch, it includes many diagrams and photographs, some never before published, to illustrate all aspects of the process. NASA’s groundbreaking use of computers for testing and advanced management techniques are also covered in detail.

This book will demystify the question of how NASA could build and launch Apollo missions using 1960s technology. You’ll discover that there was no magic involved – just an abundance of discipline, willpower, and creativity.