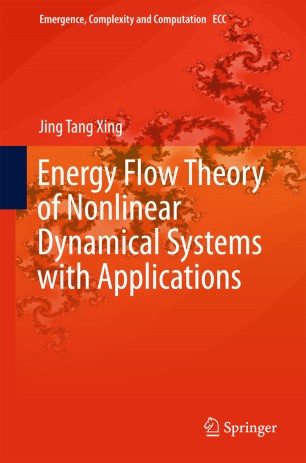 This monograph develops a generalised energy flow theory to investigate non-linear dynamical systems governed by ordinary differential equations in phase space and often met in various science and engineering fields. Important nonlinear phenomena such as, stabilities, periodical orbits, bifurcations and chaos are tack-led and the corresponding energy flow behaviors are revealed using the proposed energy flow approach. As examples, the common interested nonlinear dynamical systems, such as, Duffing’s oscillator, Van der Pol’s equation, Lorenz attractor, Rössler one and SD oscillator, etc, are discussed. This monograph lights a new energy flow research direction for nonlinear dynamics. A generalised Matlab code with User Manuel is provided for readers to conduct the energy flow analysis of their nonlinear dynamical systems. Throughout the monograph the author continuously returns to some examples in each chapter to illustrate the applications of the discussed theory and approaches. The book can be used as an undergraduate or graduate textbook or a comprehensive source for scientists, researchers and engineers, providing the statement of the art on energy flow or power flow theory and methods.