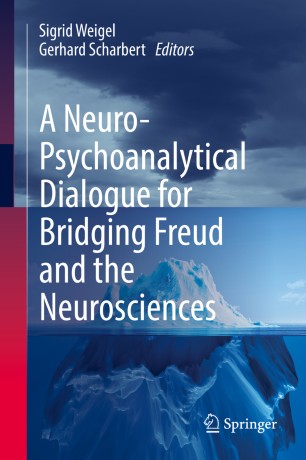 A Neuro-Psychoanalytical Dialogue for Bridging Freud and the Neurosciences

The book presents an overview of the term neuropsychoanalysis and traces its historical and scientific foundations as well as its cultural implications. It also turns its attention to some blind spots, open questions, and to what the future may hold. It examines the cooperative and conflicted relationship between psychoanalysis and neuroscience. Articles from different fields investigate the neurological basis of psychoanalysis as well as the psychological terms of neurology. They also discuss what psychoanalysis has to offer neuroscience. In addition, the emerging neuro-psychoanalytical dialogue is enriched here by the voice of a culturally informed history of science. The book brings leading authorities on these topics into conversation with each other, creating an unprecedented opportunity to better understand the ‘language’ of the psyche. Specific concerns include the discussion of corporeality, how the body figures into psychoanalysis, the meaning of the unconscious in connection with dreams, unconscious fantasies, and the field of epigenetics. Following a historical perspective the book provides a re-reading of Freud's drive theory, exploring his concept of ‘life’ at the threshold of science and culture as well as the relationship between various representations, somatic states and the origin of drive. Overall, the book argues that if the different methodological approaches of psychoanalysis and neuroscience are acknowledged not only for their individual uniqueness but also as a dialectic, then the resulting epistemological and methodological dialogue might open up a fascinating body of neuropsychoanalytical knowledge.

Sigrid Weigel, born 25 March 1950, is Director of the Center for Literary and Cultural Research in Berlin. She has held professorships at the universities of Hamburg, Zurich, and TU Berlin, and acted as director of Einstein Forum (Potsdam); she is a regular visiting professor in Princeton. Her research focuses on the dialectics of secularization, Jewish-German intellectual history (Heine, Freud, Warburg, Benjamin, Scholem, Arendt), and a cultural approach to the history of sciences (esp. genealogy, generation, memory).