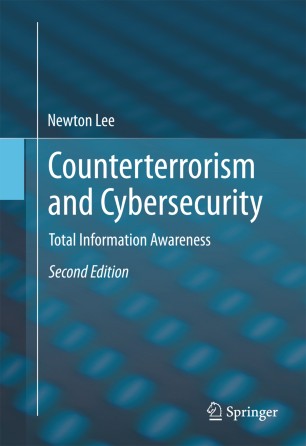 From 9/11 to Charlie Hebdo along with Sony-pocalypse and DARPA's $2 million Cyber Grand Challenge, this book examines counterterrorism and cyber security history, strategies and technologies from a thought-provoking approach that encompasses personal experiences, investigative journalism, historical and current events, ideas from thought leaders and the make-believe of Hollywood such as 24, Homeland and The Americans. President Barack Obama also said in his 2015 State of the Union address, "We are making sure our government integrates intelligence to combat cyber threats, just as we have done to combat terrorism.

The book offers practical advice for businesses, governments and individuals to better secure the world and protect cyberspace.

Newton Lee is CEO of Newton Lee Laboratories LLC, president of the Institute for Education, Research and Scholarships, adjunct professor at Woodbury University's School of Media, Culture & Design and editor-in-chief of ACM Computers in Entertainment. Previously, he was a computer scientist at AT&T Bell Laboratories, senior producer and engineer at The Walt Disney Company, and research staff member at the Institute for Defense Analyses. Lee graduated Summa Cum Laude from Virginia Tech with a B.S. and M.S. degree in Computer Science, and he earned a perfect GPA from Vincennes University with an A.S. degree in Electrical Engineering and an honorary doctorate in Computer Science. He is the co-author of Disney Stories: Getting to Digital; author of the Total Information Awareness book series including Facebook Nation and Counterterrorism and Cyber security; coauthor/editor of the Digital Da Vinci book series including Computers in Music and Computers in the Arts and Sciences and editor-in-chief of the Encyclopedia of Computer Graphics and Games.

“The second edition of this book … presents a comprehensive account of past and current initiatives in the field of total information awareness, examining history, strategies, and technologies with a thought-provoking approach that will appeal to both technical and nontechnical readers. … This is a very rich, accurate, and well-documented book, full of references to press sources, which can help in getting a sense of how many initiatives, concerns, and approaches exist in the field of counterterrorism and cybersecurity.” (Alessandro Berni, Computing Reviews, October, 2015)