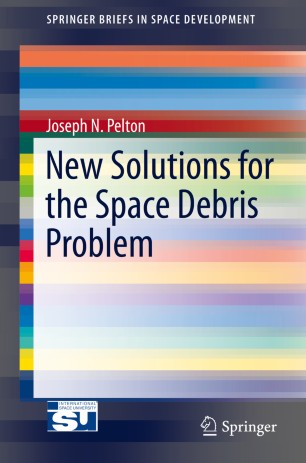 Addressing a pressing issue in space policy, Pelton explores the new forms of technology that are being developed to actively remove the defunct space objects from orbit and analyzes their implications in the existing regime of international space law and public international law. This authoritative review covers the due diligence guidelines that nations are using to minimize the generation of new debris, mandates to de-orbit satellites at end of life, and innovative endeavours to remove non-functional satellites, upper stage rockets and other large debris from orbit under new institutional, financial and regulatory guidelines.  Commercial space services currently exceed 100 billion USD business per annum, but the alarming proliferation in the population of orbital debris in low, medium and geosynchronous satellite orbits poses a serious threat to all kinds of space assets and applications. There is a graver concern that the existing space debris will begin to collide in a cascading manner, generating further debris, which is known as the Kessler Syndrome. Scientific analysis has indicated an urgent need to perform space debris remediation through active removal of debris and on-orbit satellite servicing.

Joseph N. Pelton is Former Dean of the International Space University, the Vice Chairman and Founder of the Arthur C. Clarke Foundation, a Former Director of Strategic Policy at INTELSAT, Associate Fellow AIAA, and a Member of the International Academy of Astronautics among many other positions and honors.