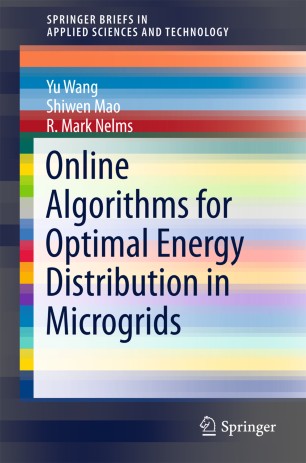 Presenting an optimal energy distribution strategy for microgrids in a smart grid environment, and featuring a detailed analysis of the mathematical techniques of convex optimization and online algorithms, this book provides readers with essential content on how to achieve multi-objective optimization that takes into consideration power subscribers, energy providers and grid smoothing in microgrids. Featuring detailed theoretical proofs and simulation results that demonstrate and evaluate the correctness and effectiveness of the algorithm, this text explains step-by-step how the problem can be reformulated and solved, and how to achieve the distributed online algorithm on the basis of a centralized offline algorithm. Special attention is paid to how to apply this algorithm in practical cases and the possible future trends of the microgrid and smart grid research and applications. Offering a valuable guide to help researchers and students better understand the new smart grid, this book will also familiarize readers with the concept of the microgrid and its relationship with renewable energy.