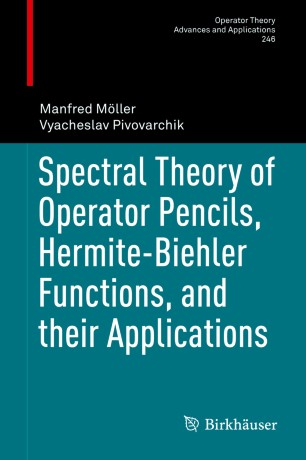 Spectral Theory of Operator Pencils, Hermite-Biehler Functions, and their Applications

Many applications are thoroughly investigated, such as the Regge problem and damped vibrations of smooth strings, Stieltjes strings, beams, star graphs of strings and quantum graphs. Some chapters summarize advanced background material, which is supplemented with detailed proofs. With regard to the reader’s background knowledge, only the basic properties of operators in Hilbert spaces and well-known results from complex analysis are assumed.