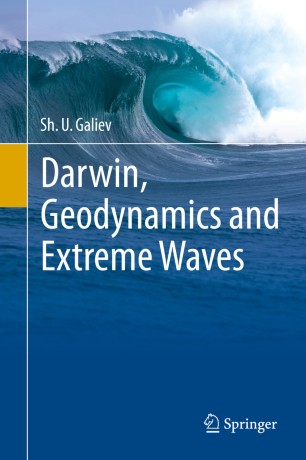 This book examines the reasons behind the resonant amplification of seismic and ocean waves that have the capacity to destroy cities and ocean-going vessels. Using Charles Darwin’s important geophysical research as a starting point, it provides insights into the interaction between earthquakes with volcanoes, seaquake, and tsunami formation.

In particular, the author details the observations that Darwin made on a powerful earthquake that occurred in Chile in 1835, noting how the famous naturalist and geologist used the concept of earthquake-induced vertical shock to explain the event's devastating impact. The book then goes on to show how Darwin's concept relates to the catastrophic results of the shallow quakes that recently destroyed Port-au-Prince (Haiti, 2010) and severely damaged Christchurch (New Zealand, 2011).

In addition, the author asks whether Darwin's ideas are endorsed by the discoveries of modern science and whether the results of destructive earthquakes can be modeled using strongly nonlinear wave equations. Coverage also proposes that similar equations can be used to simulate the dynamics of many objects on the surface of the Earth, and to model the origin of the Universe, dark matter, and dark energy as strongly nonlinear wave phenomena.

The book will appeal to students as well as researchers and engineers in geophysics, seismology, nonlinear wave studies, cosmology, physical oceanography, and ocean and coastal engineering. It will also be of use to those who are interested in the phenomena of natural catastrophes as well as those who want to learn more about the life and work of Charles Darwin.