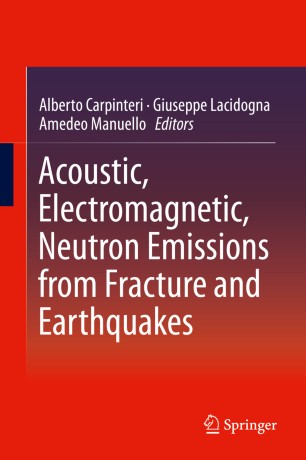 This book presents the relevant consequences of recently discovered and interdisciplinary phenomena, triggered by local mechanical instabilities. In particular, it looks at emissions from nano-scale mechanical instabilities such as fracture, turbulence, buckling and cavitation, focussing on vibrations at the TeraHertz frequency and Piezonuclear reactions. Future applications for this work could include earthquake precursors, climate change, energy production, and cellular biology.

A series of fracture experiments on natural rocks demonstrates that the TeraHertz vibrations are able to induce fission reactions on medium weight elements accompanied by neutron emissions. The same phenomenon appears to have occurred in several different situations, particularly in the chemical evolution of the Earth and Solar System, through seismicity (rocky planets) and storms (gaseous planets). As the authors explore, these phenomena can also explain puzzles related to the history of our planet, like the ocean formation or the primordial carbon pollution, as well as scientific mysteries, like the so-called “cold nuclear fusion” or the correct radio-carbon dating of organic materials, such as the Turin Shroud. In biology, Piezonuclear reactions could explain the mechanism that governs the so-called "sodium-potassium pump" and, more in general, the metabolic processes.

d biology, as well as those involved in theoretical and applied mechanics, will all appreciate the innovative work presented here in a holistic way.