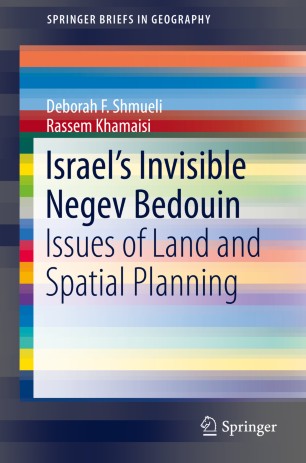 Issues of Land and Spatial Planning

This Brief provides a contextual framework for exploring the settlement rights of Israel's Bedouin population of the Negev desert, a traditionally pastoral nomadic Arab population.  In 1948, the Israeli government relocated this population from the Negev region to settlements in Siyag. The explicit aim was to control the Negev area for security purposes, sedentarize a nomadic people, and to improve their living conditions and bring them into the modern economy. Since then, many of the Bedouin population have continued to urbanize, moving into smaller towns and cities, while some remain in the settlement. The Israeli government’s has recently proposed a new settlement policy towards the Bedouin population, that would expel many from their current homes, which came into recent controversy with the UN Human Rights commission, causing it to be withdrawn. Israel as a whole has very complex social, cultural, and political fabric with territorial uncertainties. This Brief aims to provide an overview of the current situation, provide a theoretical, historical and legal context, explore barriers to implementation of previously proposed policies, and provide potential solutions to improve individual and collective stability and balance the cultural and territorial needs of the Bedouin population with the larger goals of the Israeli government. This work will be of interest to researchers studying Israel specifically, as well as researchers in urban planning, public policy, and issues related to indigenous populations and human rights.