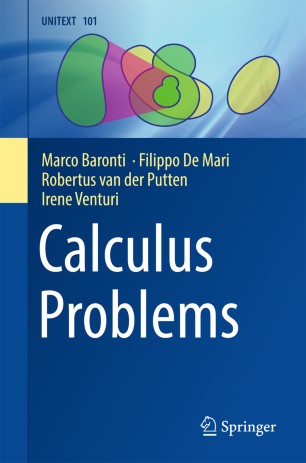 This book, intended as a practical working guide for students in Engineering, Mathematics, Physics, or any other field where rigorous calculus is needed, includes 450 exercises. Each chapter starts with a summary of the main definitions and results, which is followed by a selection of solved exercises accompanied by brief, illustrative comments. A selection of problems with indicated solutions rounds out each chapter.

A final chapter explores problems that are not designed with a single issue in mind but instead call for the combination of a variety of techniques, rounding out the book’s coverage.

Though the book’s primary focus is on functions of one real variable, basic ordinary differential equations (separation of variables, linear first order and constant coefficients ODEs) are also discussed. The material is taken from actual written tests that have been delivered at the Engineering School of the University of Genoa. Literally thousands of students have worked on these problems, ensuring their real-world applicability.