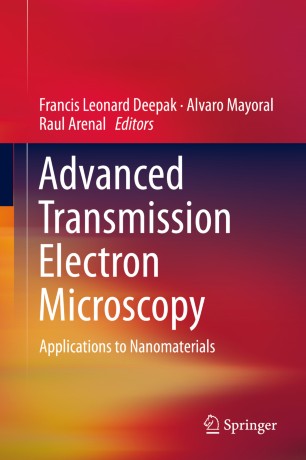 Francis Leonard Deepak received his PhD in 2005 from Jawaharlal Nehru Centre for Advanced Scientific Research, Bangalore, India. Subsequently he was a postdoctoral fellow (2006-2008) at the Weizmann Institute of Science, Israel. He joined the International Iberian Nanotechnology Laboratory (INL) Braga, Portugal in 2009 as a research fellow. Since 2013 he is a Staff Researcher and currently leads the Advanced Electron Microscopy Group at INL. His broad area of research is focused on the use of advanced electron microscopic techniques (Aberration Corrected TEM/STEM, Analytical Electron Microscopyand Electron Diffraction) in the investigation of materials/nanomaterials for catalytic as well as other applications. He also employs the Focused Ion Beam (FIB) technique extensivelyinthe investigations of nanodevices.

Alvaro Mayoral obtained his degree in Chemistry by the University of Alcala (Spain) in 2003, he was awarded with the PhD title by the University of Birmingham in 2009 studying the production of metal nanowires from different porous structures such as zeolites and ordered mesoporous structures. Afterwards, he moved to the University of Texas at San Antonio where he worked with Prof. Miguel Yacaman on the synthesis and characterization of noble metal nanoparticles for applications in catalysis and cancer treatment. Since June 2010, Dr. Mayoral belongs to the Advanced Microscopy Laboratory within the Nanoscience Institute of Aragon at the University of Zaragoza. His research is now mainly focused on the observation of nanocatalysts under the electron microscope and the application of the most advanced techniques into the observation of beam sensitive materials.

Dr. Raul Arenal received his Ph.D. in Solid State Physics from Univ. Paris-Sud (Orsay, France, 2005) and in 2013, he obtained his Habilitation (HDR) also at this University. In 2007, he became research scientist (chargé de recherches) at the CNRS (France), working at the LEM, CNRS-ONERA (Chatillon, France). Since 2012, Dr. Arenal is on leave from the CNRS and he is currently ARAID research scientist at the LMA - INA of the Universidad de Zaragoza (Spain). His broad area of research interest lies in electron microscopy focused on materials science and nanoscience: TEM (HR(S)TEM, electron diffraction, EELS), as well as in Raman spectroscopy.These studies are mainly focused on the growth mechanism, structural and physical (electronic, optical, vibrational, mechanical) properties of nanomaterials based on carbon, boron and nitrogen as well as other nano-structures.