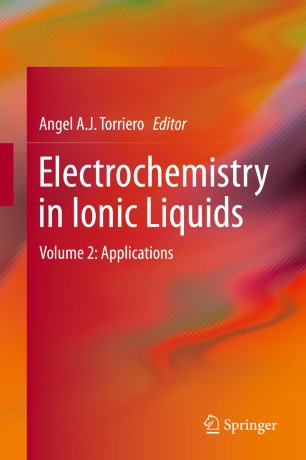 Electrochemistry in Ionic Liquids is a set of two books dedicated to presenting the latest novel and advanced research from around the world in this exciting area. These books highlight the important properties of electrochemistry in ionic liquids – as opposed to the more commonly used aqueous and organic environments – and the many applications.Readers will find 20 chapters gathered in two books: