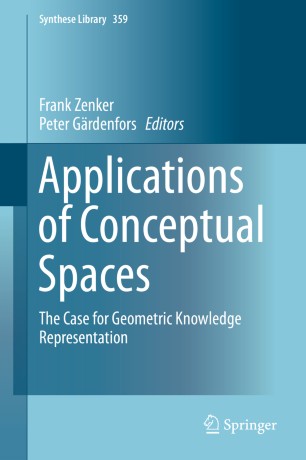 The Case for Geometric Knowledge Representation

This volume provides an overview of applications of conceptual spaces theory, beginning with an introduction to the modeling tool that unifies the chapters. The first section explores issues of linguistic semantics, including speakers’ negotiation of meaning. Further sections address computational and ontological aspects of constructing conceptual spaces, while the final section looks at philosophical applications. Domains include artificial intelligence and robotics, epistemology and philosophy of science, lexical semantics and pragmatics, agent-based simulation, perspectivism, framing, contrast, sensory modalities, and music, among others.

This collection provides evidence of the wide application range of this theory of knowledge representation. The papers in this volume derive from international experts across different fields including philosophy, cognitive science, linguistics, robotics, computer science and geography. Each contributor has successfully applied conceptual spaces theory as a modeling tool in their respective areas of expertise. Graduates as well as researchers in the areas of epistemology, linguistics, geometric knowledge representation, and the mathematical modeling of cognitive processes should find this book of particular interest.

Frank Zenker is a researcher in philosophy at Lund University, Sweden, funded by the Swedish Research Council. Having obtained his doctorate in philosophy of science at the University of Hamburg, Germany, he has worked with Peter Gärdenfors on applying conceptual spaces to theory-dynamical processes in the empirical sciences. He is the editor of “Bayesian Argumentation” (Synthese Library Vol 362, 2013).