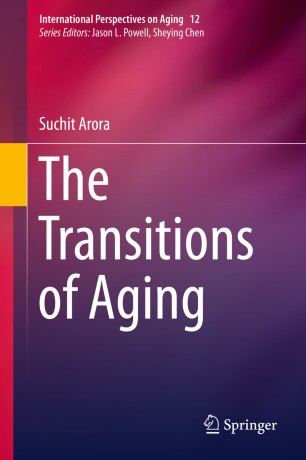 The Transitions of Aging

This book explores the unresolved paradox at the heart of population aging, namely how to account for the fact that death rates from most non-communicable diseases rise as people age, yet aggregate death rates from such diseases have decreased overall despite an increasingly aging population. It provides a long-term historical perspective on this issue, presenting evidence that the underpinnings of modern aging extend as far back as the nineteenth century, and that aging has boosted per capita healthcare spending.

The book first outlines the three eras of the Epidemiologic Transition, taking readers from its first stage where the threat of infectious diseases loom large, through the transitional stage, and on to the modern era, where non-communicable diseases are the primary cause of death. Next, the book examines the age-profiles of people whose childhoods coincide with the different stages of the Epidemiologic Transition. Using data from England and Wales, one of the few places that have recorded the data necessary for such an exploration, the book resolves the aging paradox by studying hidden generational change. It traverses historical time and identifies the distinct socio-economic and epidemiologic childhood conditions that may appear in it. It then compares, for instance, aging of children brought up in an earlier epidemiologic stage with aging of ones raised in a modern one. In the process, it explores the influence of childhood development on aging.

Overall, the book has a quantitative bent, engaging the reader with analytical issues that will help develop a deeper understanding of modern aging.