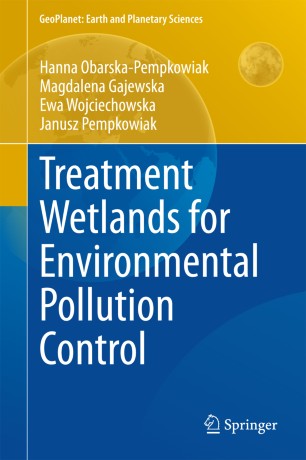 The aim of this book is to present an overview of the state of the art with regard to the function, application and design of TWSs in order to better protect surface water from contamination. Accordingly, it also presents applications of constructed wetlands with regard to climatic and cultural aspects.

The use of artificial and natural treatment wetland systems (TWSs) for wastewater treatment is an approach that has been developed over the last thirty years. Europe is currently home to roughly 10,000 constructed wetland treatment systems (CWTSs), which simulate the aquatic habitat conditions of natural marsh ecosystems; roughly 3,500 systems are in operation in Germany alone. TWSs can also be found in many other European countries, for example 200 – 400 in Denmark, 400 – 600 in Great Britain, and ca. 1,000 in Poland. Most of the existing systems serve as local or individual household treatment systems. CWTSs are easy to operate and do not require specialized maintenance; further, no biological sewage sludge is formed during treatment processes. As TWSs are resistant to fluctuations in hydraulic loads, they are primarily used in rural areas as well as in urbanized areas with dispersed habitats, where conventional sewer systems and central conventional wastewater treatment plants (WWTPs) cannot be applied due to the high costs they would entail. TWSs are usually applied at the 2nd stage of domestic wastewater treatment, after mechanical treatment, and/or at the 3rd stage of treatment in order to ensure purification of effluent from conventional biological reactors and re-naturalization. New applications of TWSs include rainwater treatment as well as industrial and landfill leachate treatment. TWSs are well suited to these fields, as they can potentially remove not only organic matter and nitrogen compounds but also trace metals and traces of persistent organic pollutants and pathogens. Based on the practical experience gathered to date, and on new research regarding the processes and mechanisms of pollutant removal and advances in the systems properties and design, TWSs continue to evolve.