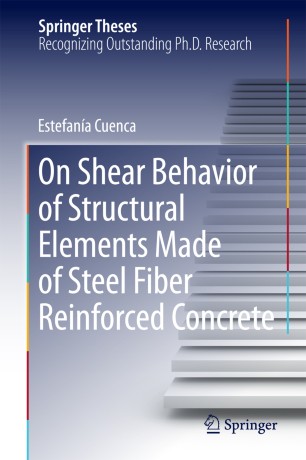 This book sheds light on the shear behavior of Fiber Reinforced Concrete (FRC) elements, presenting a thorough analysis of the most important studies in the field and highlighting their shortcomings and issues that have been neglected to date. Instead of proposing a new formula, which would add to an already long list, it instead focuses on existing design codes. Based on a comparison of experimental tests, it provides a thorough analysis of these codes, describing both their reliability and weaknesses. Among other issues, the book addresses the influence of flange size on shear, and the possible inclusion of the flange factor in design formulas. Moreover, it reports in detail on tests performed on beams made of concrete of different compressive strengths, and on fiber reinforcements to study the influence on shear, including size effects. Lastly, the book presents a thorough analysis of FRC hollow core slabs. In fact, although this is an area of great interest in the current research landscape, it remains largely unexplored due to the difficulties encountered in attempting to fit transverse reinforcement in these elements.