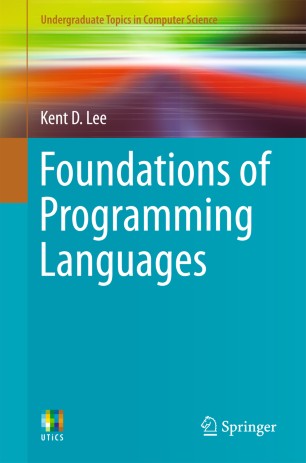 This clearly written and simple to follow textbook introduces the reader to the three styles of programming, examining object-oriented/imperative, functional, and logic programming. The focus of the text moves from highly prescriptive languages to very descriptive languages, demonstrating the many and varied ways in which we can think about programming.

Designed for interactive learning both inside and outside of the classroom, each programming paradigm is highlighted through the implementation of a non-trivial programming language, demonstrating when each language may be appropriate for a given problem.

nts of computer science at the undergraduate level, this engaging textbook takes an active learning approach to the next stage in understanding programming languages, once the reader has established some familiarity with an imperative language and the basics of data structures.

Dr. Kent D. Lee is Professor of Computer Science at Luther College, Decorah, Iowa, USA. He is the author of the successful Springer textbook Python Programming Fundamentals and the forthcoming Data Structures and Algorithms with Python.

“Undergraduates studying programming languages will find this book to be a skillful and informative introduction to the subject.” (Marlin Thomas, Computing Reviews, July, 2015)