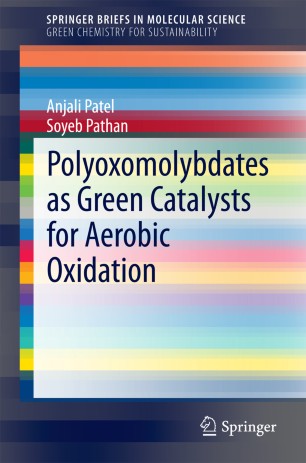 Anjali Uday Patel received her Master of Science (M.Sc.) in Inorganic Chemistry and Analytical Chemistry in 1986 from the Maharaja Sayajirao University of Baroda in Vadodara, Gujarat, India and completed her Ph.D. in 1993 in the same institution. From 1993 to 1994 Dr. Patel completed her Post-Doctorate at the Institut de Recherches sur la Catalyse (IRC), Le Centre National de la Recherche Scientifique (CNRS) in Lyon, France. Since 1997, she has joined the Department of Chemistry at Maharaja Sayajirao University of Baroda where she is presently working as an Associate Professor. She teaches solid state chemistry, catalytic materials and catalysis to postgraduate students and leads a research group focusing on tailoring of new catalytic materials based on heteropolyacids/polyoxometalates, lacunary as well as transition metal substituted polyoxometalates and their applications for organic transformations such as esterification, alkylation, acylation, oxidation, Heck coupling, and bio-diesel production. She has published 60 papers in various international journals and has discovered one process (US 7692047 B2) and two catalysts (Indian patents filed: 2078/MUM/2010 and 3280/MUM/2010) patents.