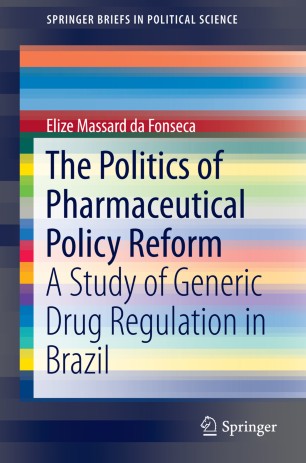 A Study of Generic Drug Regulation in Brazil

Brazil is renowned worldwide for its remarkable reforms in pharmaceutical regulation, which have enhanced access to essential medicines while lowering drug costs. This book innovates by analysing the generic drug  reform in Brazil, demonstrating that pharmaceutical regulation is only partially influenced by non-state actors. Little is known about the institutional antecedents and policy process that channeled this regulatory reform. This is particularly intriguing because a regulatory shift in the pharmaceutical sector requires the participation of a number of stakeholders and interest groups in the policy process. Fonseca examines the generic drug reform’s causes and consequences. No study has approached the generic drug regulation in Brazil from this perspective.

The Politics of Pharmaceutical Policy Reform: A Study of Generic Drug Regulation in Brazil, explores the following:

·         The politics of pharmaceutical regulation in Brazil over the last 25 years.

·         The political negotiations to approve the Generic Drug Act, which involved a hard-to-reach agreement between the pharmaceutical industry (national and multinational), the Ministry of Health, and Congress

·         The controversial decisions to regulate packaging and pharmaceutical equivalence.

·         The surprising success of Brazilian pharmaceutical firms, which became market champions in a sector largely dominated by multinational firms.

·         Comparative lessons from the Brazilian case for the political construction of regulatory standards to regulate generic drugs and its effects on global health.

This book will interest political scientists and health policy scholars concerned with the political conflicts in the pharmaceutical sector. It argues against well-established approaches to regulatory capture such as control of the regulatory process by interest groups and policy diffusion. It can be used as evidence for graduate courses in public policy, health policy and political science. Because Brazil is one of the largest markets for pharmaceuticals in the world, business leaders and consultancy firms would also be interested.