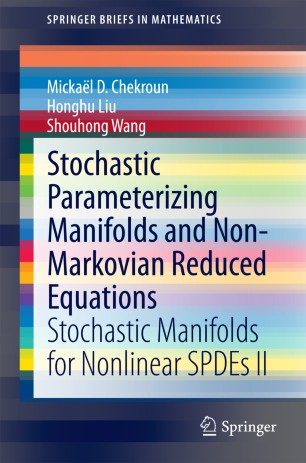 In this second volume, a general approach is developed to provide approximate parameterizations of the "small" scales by the "large" ones for a broad class of stochastic partial differential equations (SPDEs). This is accomplished via the concept of parameterizing manifolds (PMs), which are stochastic manifolds that improve, for a given realization of the noise, in mean square error the partial knowledge of the full SPDE solution when compared to its projection onto some resolved modes. Backward-forward systems are designed to give access to such PMs in practice. The key idea consists of representing the modes with high wave numbers as a pullback limit depending on the time-history of the modes with low wave numbers. Non-Markovian stochastic reduced systems are then derived based on such a PM approach. The reduced systems take the form of stochastic differential equations involving random coefficients that convey memory effects. The theory is illustrated on a stochastic Burgers-type equation.