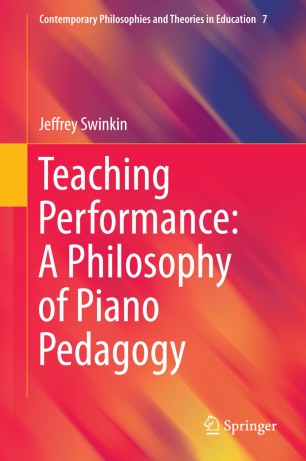 Part of the Contemporary Philosophies and Theories in Education book series (COPT, volume 7)

How can the studio teacher teach a lesson so as to instill refined artistic sensibilities, ones often thought to elude language?  How can the applied lesson be a form of aesthetic education?  How can teaching performance be an artistic endeavor in its own right?  These are some of the questions Teaching Performance attempts to answer, drawing on the author's several decades of experience as a studio teacher and music scholar.

The architects of absolute music (Hanslick, Schopenhauer, and others) held that it is precisely because instrumental music lacks language and thus any overt connection to the non-musical world that it is able to expose essential elements of that world. More particularly, for these philosophers, it is the density of musical structure—the intricate interplay among purely musical elements—that allows music to capture the essences behind appearances. By analogy, the author contends that the more structurally intricate and aesthetically nuanced a pedagogical system is, the greater its ability to illuminate music and facilitate musical skills. The author terms this phenomenon relational autonomy. Eight chapters unfold a piano-pedagogical system pivoting on the principle of relational autonomy. In grounding piano pedagogy in the aesthetics of absolute music, each domain works on the other. On the one hand, Romantic aesthetics affords pedagogy a source of artistic value in its own right. On the other hand, pedagogy concretizes Romantic aesthetics, deflating its transcendental pretentions and showing the dichotomy of absolute/utilitarian to be specious.