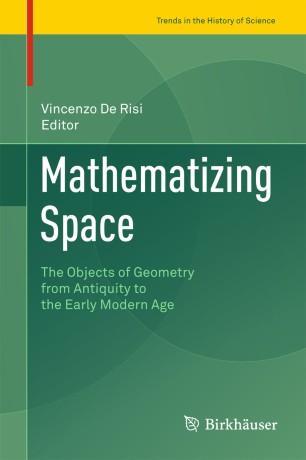 The Objects of Geometry from Antiquity to the Early Modern Age

This book brings together papers of the conference on 'Space, Geometry and the Imagination from Antiquity to the Modern Age' held in Berlin, Germany, 27-29 August 2012. Focusing on the interconnections between the history of geometry and the philosophy of space in the pre-Modern and Early Modern Age, the essays in this volume are particularly directed toward elucidating the complex epistemological revolution that transformed the classical geometry of figures into the modern geometry of space.