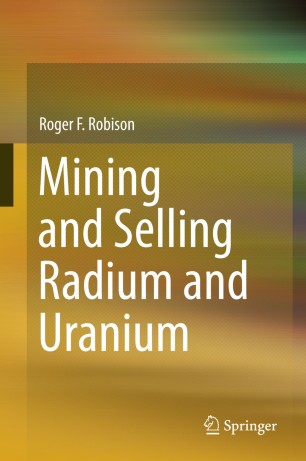 Mining and Selling Radium and Uranium

Presented here is the story of the mining and sale of uranium and radium ore through biographical vignettes, chemistry, physics, geology, geography, occupational health, medical utilization, environmental safety and industrial history. Included are the people and places involved over the course of over 90 years of interconnected mining and sale of radium and uranium, finally ending in 1991 with the abandonment of radium paint and medical devices, Soviet nuclear parity, and the Radiation Exposure Compensation Act.

Dr. Roger Robison began practicing as a medical oncologist in 1969. He trained in radiation oncology during 1978-80 at M.D. Anderson Hospital where radium therapy was utilized and where one of the first artificial radium (cobalt) machines was invented. Dr. Robison was selected by the international journal Acta Oncology to write the featured monograph for their centennial issue entitled The Race for Megavoltage. As Vice Chairman and then Chairman of the History Committee of the American Society of Therapeutic Radiation & Oncology during 2001-2010, he had the opportunity to interview many of the pioneers in radium therapy while co-authoring the fifty year history of the American Society of Therapeutic Radiology & Oncology (ASTRO).