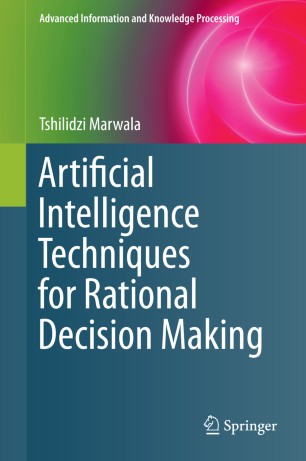 Artificial Intelligence Techniques for Rational Decision Making examines and defines the concepts of causal and correlation machines and applies the transmission theory of causality as a defining factor that distinguishes causality from correlation. It develops the theory of rational counterfactuals which are defined as counterfactuals that are intended to maximize the attainment of a particular goal within the context of a bounded rational decision making process. Furthermore, it studies four methods for dealing with irrelevant information in decision making: