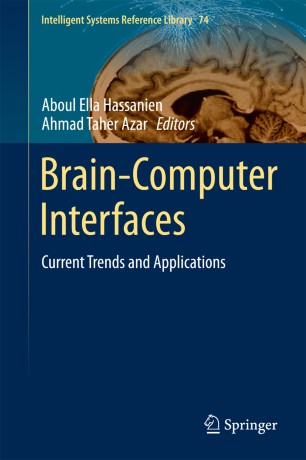 The success of a BCI system depends as much on the system itself as on the user’s ability to produce distinctive EEG activity. BCI systems can be divided into two groups according to the placement of the electrodes used to detect and measure neurons firing in the brain. These groups are: invasive systems, electrodes are inserted directly into the cortex are used for single cell or multi unit recording, and electrocorticography (EcoG), electrodes are placed on the surface of the cortex (or dura); noninvasive systems, they are placed on the scalp and use electroencephalography (EEG) or magnetoencephalography (MEG) to detect neuron activity.

The book is basically divided into three parts. The first part of the book covers the basic concepts and overviews of Brain Computer Interface. The second part describes new theoretical developments of BCI systems. The third part covers views on real applications of BCI systems.