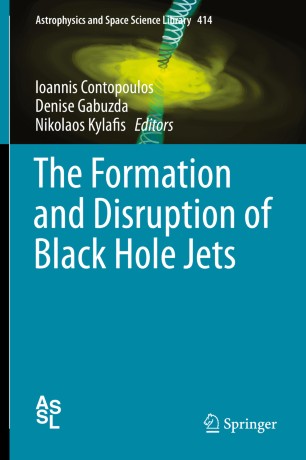 The Formation and Disruption of Black Hole Jets

This book reviews the phenomenology displayed by relativistic jets as well as the most recent theoretical efforts to understand the physical mechanisms at their origin. Relativistic jets have been observed and studied in Active Galactic Nuclei (AGN) for about half a century and are believed to be fueled by accretion onto a supermassive black hole at the center of the host galaxy. Since the first discovery of relativistic jets associated with so-called "micro-quasars" much more recently, it has seemed clear that much of the physics governing the relativistic outflows in stellar X-ray binaries harboring black holes and in AGN must be common, but acting on very different spatial and temporal scales. With new observational and theoretical results piling up every day, this book attempts to synthesize a consistent, unified physical picture of the formation and disruption of jets in accreting black-hole systems.

The chapters in this book offer overviews accessible not only to specialists but also to graduate students and astrophysicists working in other areas. Covered topics comprise