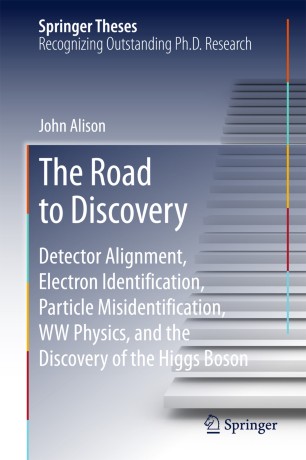 The Road to Discovery

The research presented here includes important contributions on the commissioning of the ATLAS experiment and the discovery of the Higgs boson. The thesis describes essential work on the alignment of the inner tracker during the commissioning of the experiment and development of the electron identification algorithm. The subsequent analysis focuses on the search for the Higgs boson in the WW channel, including the development of a method to model the critical W+jet background. In addition, the thesis provides excellent introductions, suitable for non-specialists, to Higgs physics, to the LHC, and to the ATLAS experiment.

John Alison received his PhD from the University of Pennsylvania working on the ATLAS experiment at the Large Hadron Collider.
As a graduate student his primary focus was searching for and studying the Higgs Boson in the WW-channel.
He is now a Fermi/McCormick fellow at the University of Chicago.
He is currently working on an upgrade to the ATLAS trigger system, (FastTracKer), which is an electronics system that rapidly finds and reconstructs charged particles in the inner tracker.
John's research interests include developing tools and algorithms used in the trigger and using the Higgs to probe for new physics.