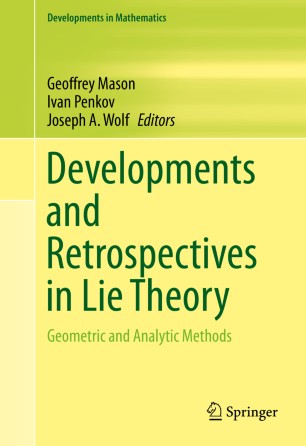 Part of the Developments in Mathematics book series (DEVM, volume 37)

This volume reviews and updates a prominent series of workshops in representation/Lie theory, and reflects the widespread influence of those  workshops in such areas as harmonic analysis, representation theory, differential geometry, algebraic geometry, and mathematical physics.  Many of the contributors have had leading roles in both the classical and modern developments of Lie theory and its applications. This Work, entitled Developments and Retrospectives in Lie Theory, and comprising 26 articles, is organized in two volumes: Algebraic Methods and Geometric and Analytic Methods. This is the Geometric and Analytic Methods volume.

Contributors to the Geometric and Analytic Methods volume: