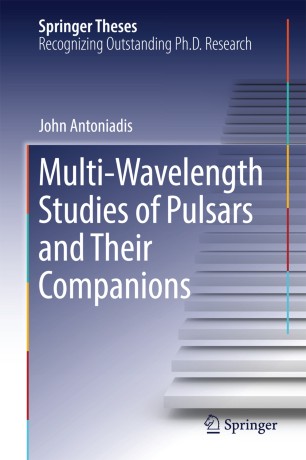 Multi-Wavelength Studies of Pulsars and Their Companions

The focus of his prize-winning thesis is on observations and modeling of binary millisecond pulsars. But in addition, John Antoniadis covers a wide range of observational measurements of binary compact stars systems and tests of General Relativity, like indirect measurements of gravitational wave emission and posing the most stringent constraints on Scalar-Tensor gravity theories. Among others, he presents a system that hosts the most massive neutron star known to date, which has important ramifications for strong-field gravity and nuclear physics. This impressive work was awarded the Otto-Hahn Medal of the Max-Planck Society and the Best PhD in Gravity, Particle and Atomic physics award by the German Physics Society (DPG).

Dr. Antoniadis received his PhD in 2013 from the Rheinische Friedrich-Wilhelms-Universität in Bonn. He now is a BEACON post-doctoral fellow at Max-Planck-Institut für Radioastronomie working on the commissioning of a state-of-the-art receiver (BEACON) for the Effelsberg 100-m telescope. In parallel he's working on observational tests of general relativity using binary pulsars, theory and observations of pulsar companions and theoretical investigations of low-mass X-ray binaries.
He has won several prestigious awards like the Otto-Hahn Medal of the Max-Planck Society and the Best PhD in Gravity, Particle and Atomic physics award by the German Physics Society (DPG).