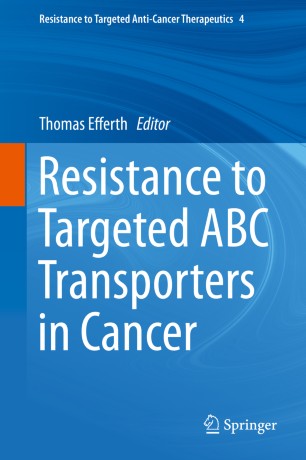 This volume covers the most current topics relevant to ABC transporters and resistance to novel and established anticancer drugs, prognosis of patients to compounds to modulate multidrug resistance, compounds used in photodynamic therapy, tyrosine kinase inhibitors and others. Furthermore, the potential of radiopharmaceuticals for diagnosis of multidrug-resistant tumors is also discussed.

The development of resistance is a major obstacle in cancer chemotherapy since decades. Drug resistance may develop during repeated treatment cycles after initially successful therapy (acquired or secondary resistance). Alternatively, tumors may be resistant from the beginning (inherent or primary resistance). The failure of chemotherapy is a major reason for the fatal outcome of tumor diseases in many patients. Even worse, tumors frequently develop not only resistance to single drugs, but also to many others at the same time. This phenomenon was termed multidrug resistance and decreases the success rates of therapy regimens with combinations of structurally and functionally different drugs. The uncommonly broad spectrum of anticancer agents that are transported by ABC transporters makes these proteins exquisite targets to search for compounds that inhibit their transport function. A huge amount of compounds from many pharmacologically established drug were observed to inhibit ABC transporters and to reverse multidrug resistance—all of these topics and more is explored in this volume.