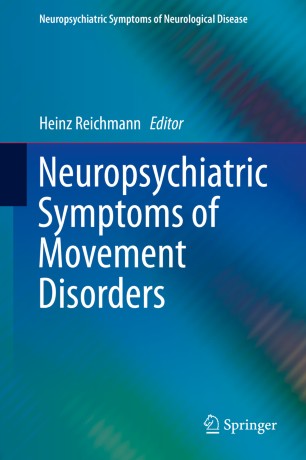 This is an up-to-date, comprehensive review of the neuropsychiatry of patients with movement disorders, i.e. Parkinson’s disease, Huntington’s disease, dystonia and others, by active authorities in the field, with an emphasis on diagnostic and management issues.

This book includes critical appraisal of the methodological aspects and limitations of the current research on the neuropsychiatry of movement disorders and on unanswered questions/controversies. Symptomatology and pharmacological aspects of management are discussed, to provide robust information on drug dosages, side effects and interaction, in order to enable the reader to manage these patients more safely. Illustrative cases provide real life scenarios that are clinically relevant and engaging to read.

Neuropsychiatric Symptoms of Movement Disorders is aimed at neurologists, movement disorder specialists and psychiatrists, and will also be of interest to intensive care doctors, psychologists and neuropsychologists, research and specialist nurses, clinical researchers and methodologists.​

“This book provides a much needed review of the latest clinical recommendations on the diagnosis and treatment of the mood, cognitive, and behavioral abnormalities seen in these disorders. … This is a valuable resource for clinicians who treat patients with movement disorders. … It also provides useful strategies that can assist clinicians with choosing appropriate pharmacological therapies, subsequent medication monitoring, and patient counseling, while thoroughly examining the evidence guiding these recommendations.” (Melissa Jones, Doody's Book Reviews, June, 2015)