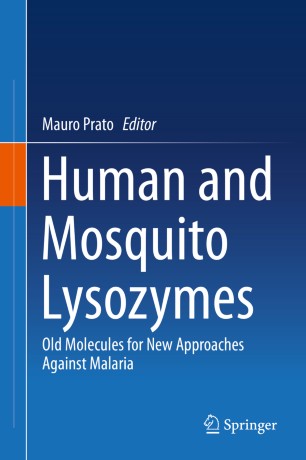 Malaria remains an alarming emergency in developing countries. It is thus urgent to identify any parasite or host molecules that can serve as new affordable markers for early diagnosis of disease complications or as new targets for vector control. In this context, human and mosquito lysozymes are good candidate molecules, as their involvement in malaria has been recently reported by several independent groups. This book reviews the grounded knowledge on malaria etiology and physiopathology, as well as the current approaches for diagnosis, therapy, and vector control. In addition, the emerging evidence on the involvement of human and mosquito lysozymes in malaria from available experimental models and clinical studies is thoroughly discussed, as is the potential use of other antimicrobial peptides against malaria. Intriguingly, the contributors propose that old well-known molecules such as lysozymes might be used as new targets for cost-effective strategies to fight malaria.

Mauro Prato currently works as an Adjunct Professor of Biochemistry at the University of Torino, Italy. His research activity focuses on the involvement of proteolytic enzymes in malaria. His track-record includes 40 papers published by peer-reviewed journals, 1 book, 7 book chapters, 97 communications in well-established conferences, and 1 patent.