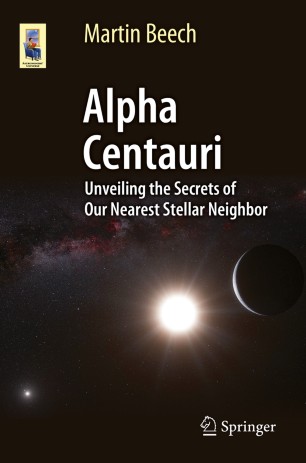 Unveiling the Secrets of Our Nearest Stellar Neighbor

As our closest stellar companion and composed of two Sun-like stars and a third small dwarf star, Alpha Centauri is an ideal testing ground of astrophysical models and has played a central role in the history and development of modern astronomy—from the first guesses at stellar distances to understanding how our own star, the Sun, might have evolved. It is also the host of the nearest known exoplanet, an ultra-hot, Earth-like planet recently discovered.

Just 4.4 light years away Alpha Centauri is also the most obvious target for humanity’s first directed interstellar space probe. Such a mission could reveal the small-scale structure of a new planetary system and also represent the first step in what must surely be humanity’s greatest future adventure—exploration of the Milky Way Galaxy itself.

For all of its closeness, α Centauri continues to tantalize astronomers with many unresolved mysteries, such as how did it form, how many planets does it contain and where are they, and how might we view its extensive panorama directly?

In this book we move from the study of individual stars to the study of our Solar System and our nearby galactic neighborhood. On the way we will review the rapidly developing fields of exoplanet formation and detection.