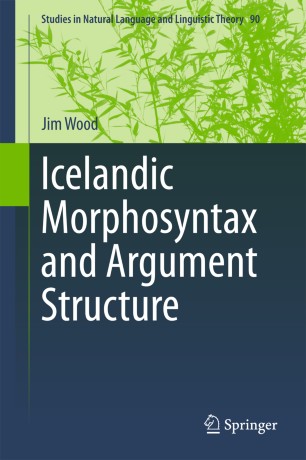 This book provides a detailed study of Icelandic argument structure alternations within a syntactic theory of argument structure. Building on recent theorizing within the Minimalist Program and Distributed Morphology, the author proposes that much of what is traditionally attributed to syntax should be relegated to the interfaces, and adapts the late insertion theory of morphology to semantics. The resulting system forms sound-meaning pairs by generating hierarchical structures that can be translated into morphological representations, on the one hand, and semantic representations, on the other. The syntactic primitives, however, underdetermine both morphophonology and semantics. Without appealing to special stipulations, the theory derives constraints on the external argument of causative-alternation verbs, interpretive restrictions on nominative objects, and the optionally agentive interpretation of verbs denoting self-directed motion.