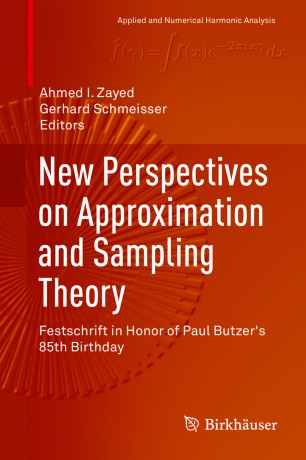 Paul Butzer, who is considered the academic father and grandfather of many prominent mathematicians, has established one of the best schools in approximation and sampling theory in the world. He is one of the leading figures in approximation, sampling theory, and harmonic analysis. Although on April 15, 2013, Paul Butzer turned 85 years old, remarkably, he is still an active research mathematician.

New Perspectives on Approximation and Sampling Theory requires basic knowledge of mathematical analysis, but efforts were made to keep the exposition clear and the chapters self-contained. This volume will appeal to researchers and graduate students in mathematics, applied mathematics and engineering, in particular, engineers working in signal and image processing.