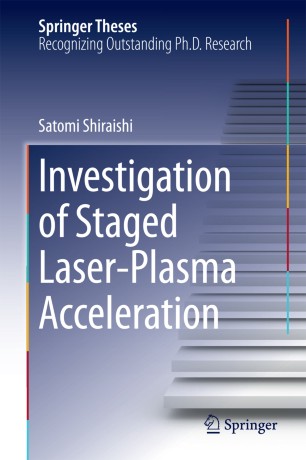 This thesis establishes an exciting new beginning for Laser Plasma Accelerators (LPAs) to further develop toward the next generation of compact high energy accelerators.

Design, installation, and commissioning of a new experimental setup at LBNL played an important role, and are detailed through three critical components: e-beam production, reflection of laser pulses with a plasma mirror, and large wake excitation below electron injection threshold.

Pulses from a 40 TW peak power laser system were split into a 25 TW pulse and a 15 TW pulse. The first pulse was used for e-beam production in the first module, and the second pulse was used for wake excitation in the second module to post-accelerate the e-beam. As a result, reliable e-beam production and efficient wake excitation necessary for the staged acceleration were independently demonstrated.

These experiments have laid the foundation for future staging experiments at the 40 TW peak power level.