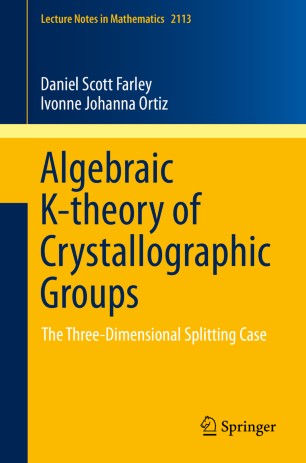 The Farrell-Jones isomorphism conjecture in algebraic K-theory offers a description of the algebraic K-theory of a group using a generalized homology theory. In cases where the conjecture is known to be a theorem, it gives a powerful method for computing the lower algebraic K-theory of a group. This book contains a computation of the lower algebraic K-theory of the split three-dimensional crystallographic groups, a geometrically important class of three-dimensional crystallographic group, representing a third of the total number. The book leads the reader through all aspects of the calculation. The first chapters describe the split crystallographic groups and their classifying spaces. Later chapters assemble the techniques that are needed to apply the isomorphism theorem. The result is a useful starting point for researchers who are interested in the computational side of the Farrell-Jones isomorphism conjecture, and a contribution to the growing literature in the field.