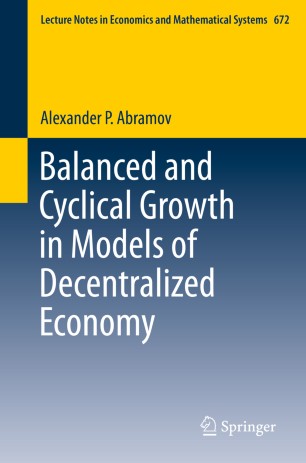 Balanced and Cyclical Growth in Models of Decentralized Economy

This book is devoted to the study of dynamical models of decentralized economic systems. The models considered are based on the Leontief simple dynamic model with various mechanisms for decentralized planning and management. Branches of the economic system are treated as fully independent economic agents that plan their work according to their own purposes. It is shown that the lack of coordination between economic agents leads to a limit cycle for some economic indicators. Conversely, the exchange of information between the economic agents enables a move toward balanced growth. These results are generalized for the model with dynamics of the productive assets and for the model with the final consumption. The analysis also considers a problem of endogenous technological progress in a decentralized economy. The appendix includes a short review of non-negative matrices. The book offers a valuable resource for mathematical economists and graduate students specializing in mathematical economics.