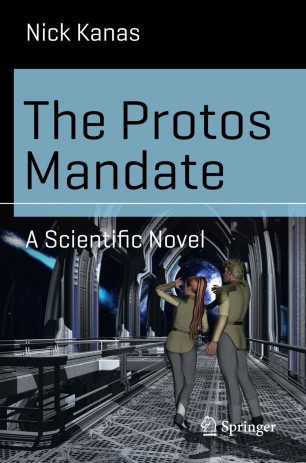 In the 25th Century, the effects of overpopulation and global warming on Earth have led to the formation of human colonies on the Moon, Mars and elsewhere in the Solar System, yet the limited number of viable places forces humanity to look to the stars. A crash program has been developed to send Protos 1, a giant multigenerational starship, to a newly discovered Earth-like planet orbiting a nearby star. The plan is for awake crewmembers to run the ship, and for people in suspended animation to be roused before planetfall to use their skills in exploration and colony formation. To fulfill the goals of the mission and ensure that the in-flight population does not deplete the limited resources, the Protos Mandate is set up to govern a tightly controlled social system for the duration of the journey, which will take several generations.  But problems threaten to sabotage the mission during its launch and transit, and what finally awaits the crewmembers shocks them in an unpredictable way.  This novel chronicles the trials and tribulations of this epic first interstellar mission.

The scientific appendix at the end of the book discusses the challenges of such an interstellar mission based on an extensive literature review, and it links these challenges to specific episodes in the novel.  Issues that are considered include interstellar propulsion systems, economic considerations of interstellar flight, psychological and sociological factors inherent in a multigenerational space mission, problems with suspended animation, current knowledge of exoplanets, and issues related to colonizing a distant planet and the possible discovery of extraterrestrial life. A history of interstellar missions in science fiction is also reviewed.

Nick Kanas is an Emeritus Professor of Psychiatry at the University of California, San Francisco, where he directed the group therapy training program. For over 20 years he conducted research in group therapy, and for nearly 20 years after that he was the Principal Investigator of NASA-funded research on astronauts and cosmonauts. He is the co-author of Space Psychology and Psychiatry, which won the 2004 International Academy of Astronautics Life Science Book Award.
Dr. Kanas has presented talks on space psychology and on celestial mapping at several regional and World Con science fiction conventions. He has been an amateur astronomer for over 50 years and is an avid reader of science fiction. He is also the author of Star Maps: History, Artistry, and Cartography, Solar System Maps: From Antiquity to the Space Age, and the science fiction novel The New Martians, all published by Springer.

Dr. Kanas is Professor Emeritus (Psychiatry), University of California, San Francisco. He has been the principal investigator of several NASA-funded research grants studying the interpersonal interactions of astronauts in space. He has written about the psychosocial impact of long duration space missions since 1971. Together with Dietrich Manzey, he is the co-author of the book Space Psychology and Psychiatry (2nd ed., Springer, 2008), which was given the 2004 International Academy of Astronautics Life Science Book Award. In 1999, Dr. Kanas received the Aerospace Medical Association Longacre Award for Outstanding Accomplishment in the Psychological and Psychiatric Aspects of Aerospace Medicine. In 2008, he received the International Academy of Astronautics Life Science Award.