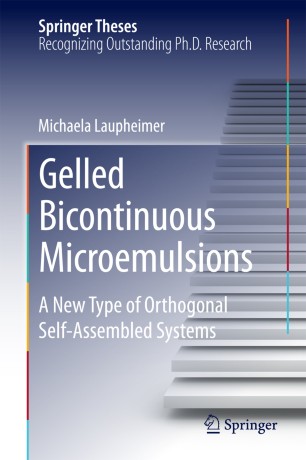 Michaela Laupheimer studied chemistry at the University of Stuttgart, Germany, with a focus on technical and physical chemistry. From August 2008 to January 2009 she did an internship at the Robert Bosch LLC Research and Technology Center in Palo Alto, USA, after which she finished her studies and received her diploma in March 2010. Working at the Institute of Physical Chemistry of the University of Stuttgart in the group of Prof. Dr. Cosima Stubenrauch she then studied gelled bicontinuous microemulsions for her PhD thesis, which she defended successfully in November 2013.