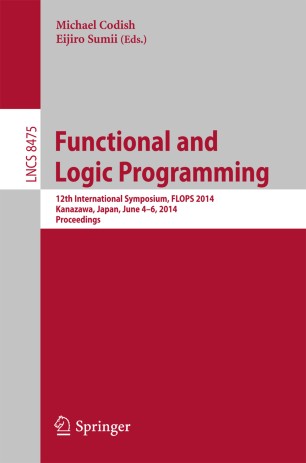 This book constitutes the refereed proceedings of the 12th International Symposium on Functional and Logic Programming, FLOPS 2014, held in Kanazawa, Japan, in June 2014. The 21 full papers and 3 invited talks presented in this volume were carefully reviewed and selected from 41 submissions. They deal with declarative programming, including functional programming and logic programming.