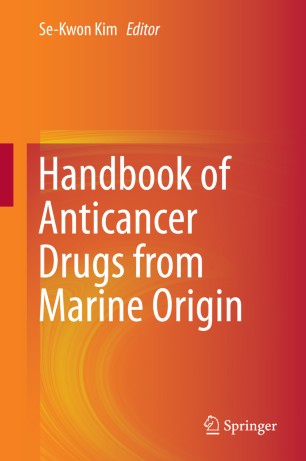 This timely desk reference focuses on marine-derived bioactive substances which have biological, medical, and industrial applications. The medicinal value of these marine natural products are assessed and discussed. Their function as a new and important resource in novel, anticancer drug discovery research is also presented in international contributions from several research groups. For example, the potential role of Spongistatin, Apratoxin A, Eribulin mesylate, phlorotannins, fucoidan, as anticancer agents is explained. The mechanism of action of bioactive compounds present in marine algae, bacteria, fungus, sponges, seaweeds, and other marine animals and plants are illustrated via several mechanisms. In addition, this handbook lists various compounds that are active candidates in chemoprevention and their target actions. The handbook also places into context the demand for anticancer nutraceuticals and their use as potential anti-cancer pharmaceuticals and medicines. This study of advanced and future types of natural compounds from marine sources is written to facilitate the understanding of Biotechnology and its application to marine natural product drug discovery research.