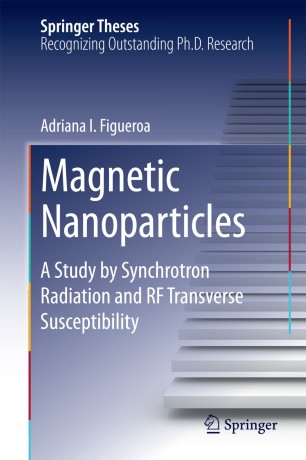 A Study by Synchrotron Radiation and RF Transverse Susceptibility

Magnetic nanoparticles (NPs) are finding their place in many modern technologies such as electronics (memory or spintronic devices) and medicine (contrast media, electromagnetic thermal therapy) to name just a few examples. The application of modern techniques based on synchrotron radiation, in particular X-ray spectroscopies, as well as an rf transverse susceptibility probe, built ad hoc, allowed the author to investigate several classes of magnetic NPs with diverse applications. For example, the interesting anisotropic properties of CoW and CoPt NPs revealed new magnetic behaviour and phases. Gold NPs prepared on a biological template from Sulfolobus acidocaldarius S-layer, were shown to possess intrinsic magnetism caused by the electron exchange with the sulfur atoms of the template. Silica and oleic acid coated magnetite NPs showed excellent human compatibility while preserving the bulk magnetic figures of merit. Both macroscopic and microscopic properties of all these NPs, hitherto unexplained, have been revealed for the first time.

A. I. Figueroa obtained her B.S. degree in Engineering Physics at the Universidad del Cauca in Popayan, Colombia in 2008. Then she moved to Zaragoza, Spain where she completed her M. Sc. in Physics in 2009 and her Ph.D. in 2012. She is currently a postdoctoral researcher in the Magnetic Spectroscopy Lab of Diamond Light Source, the UK national synchrotron, in Oxfordshire. Her scientific interests are spintronics, magnetic materials and synchrotron radiation techniques applied to magnetism studies.